Big Bone Lick State Park is an instance of the Internet leading us astray. Everyone said it was great. But it wasn’t.

I think people get distracted by the name of the place, somehow giving the park more credit than it’s due. That’s not to say it was horrible. It just wasn’t as great as people said it was. Like people were ALL about this place. They LOVED it. They thought it was GREAT. Maybe the hype was too much but this place isn’t all THAT great.

A sign about Lewis and Clark! I tried to steal it but it was REALLY in there.

First, there were bison. We walked a little dirt path and made a left at the Caution Sign. We kept going and there were the bison. Behind two fences, 100 yards apart. 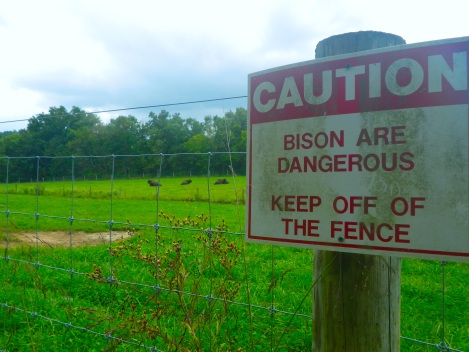 They were so far away.

Buffalo. They were kind of far away so it’s a good thing they’re freaking huge.

Then we walked back and saw the prehistoric display. They had animals dying in mud pits. This was hilarious, I’ll give them that.

But it was oddly so far away again. We were on a platform looking down on the display and we were a good 20 feet away at all times. 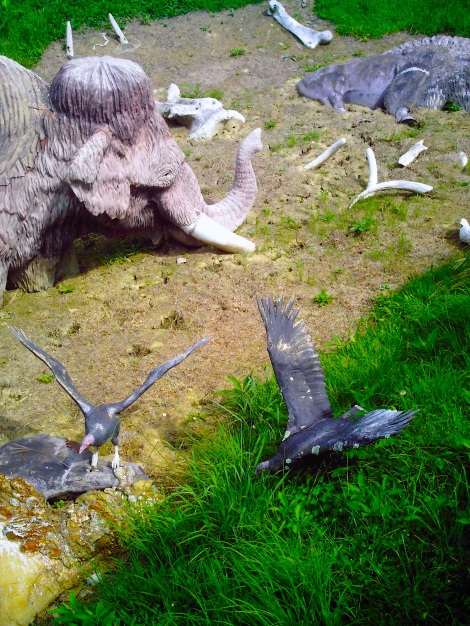 Then we walked to the salt spring. Apparently wealthy people used to travel here to have a soak in the salt springs for health benefits. The smell was so bad, it was hilarious.

The salt spring. It smelled narsty.

It also tasted how it smelled. Not very good.

My dad getting me a sample of the water. It tasted narsty as well.

Then we walked over the swinging bridge. The bridge was so huge there wasn’t much swing to it.

Me bouncing on the wooden “swing” bridge. It wasn’t all that swingy.

Then we walked up to the lake. Literally up to it. We climbed steps and came to a lake people were fishing at. There were some walnuts on the ground. We smashed some open and I ate one. Raw walnuts are kind of gross.

We took a different path back and ended up finding a vine to swing on. Coolest part of the trip. I never thought I would get to swing from a vine in real life!

The most exciting part of the trip was this vine-y thing we found!

Look, there’s nothing wrong with Big Bone Lick State Park. If we lived near there, I would totally go every so often. But if you’re more than 20 miles away, I wouldn’t make the trip. I’m not sure what the hype was all about. Hell, even Liv Tyler signed the guest book and said it was great (they have the page marked for you to see).

Maybe I’m just cynical or jaded, but Big Bone Lick State Park did nothing for me. It was like a fancy living room: you can’t go in there because everything’s an antique and you might break something. Heaven forbid you have fun or anything. 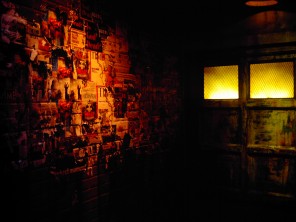 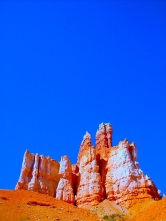 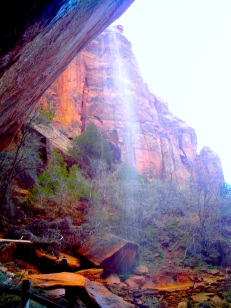